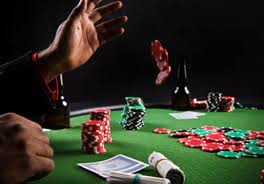 By stealing I do not mean literally taking the blinds and antes but instead raising preflop, most of the time with a sub-standard hand, hoping to fold out the players who are yet to act so that you win the money already in the middle of the table. Doing this once or twice an orbit can be the difference in making it through to the money in the Betfair GSOP Gold Hunt or crashing out before you are financially rewarded.

Before you go out and begin raising as if it is going out of fashion spend a few minutes to think about the ideal scenario for a successful blind steal. Firstly you should be seated in one of the late positions at the table, preferably in the cutoff or on the button. This is because your raise has to go through fewer people so is more likely to be successful. Also, you should have a relatively tight image or have at least not shown down some weak hands in the past couple of orbits otherwise you run the risk of one of your opponents attempting to re-steal from you, costing you chips.

Also, the players in the blinds should preferably be tighter than the average player so that they are more inclined to fold. Loose-aggressive players are far more likely to play back at you, again costing you crucial chips at a time you are trying to accumulate them. Finally, stack sizes of those in the blinds are important. Big stacks are going to be more inclined to call you, short stacks to move all in on you so average sized stacked opponents are best.

If you are serious about taking down the Betfair GSOP 6 Hattrick promotion then you will need to finish in the top three places in three separate GSOP events. To do that you are going to need chips, lots of chips so why not put your new chip stealing skills to good use?