Mark Goodram and Jon-Ross Watson thought their lucky stars had aligned last month. They bought a £4 million Red Jackpot scratch card for £10 and claimed the top prize. After buying the winning ticket from Waitrose in Clapham they went on a four-day drinking session in London to celebrate.

Unfortunately for the two men, their £4 million winnings wouldn’t be paying for any of their celebrations. Camelot investigated the ticket and found out that the card they paid for it with belonged to neither men. As a result, Camelot has said they won’t pay out as the two men paid for it with a card “without the owner’s consent”.

Upon further investigation, it has been revealed that the two men have a history for bank card misconduct. Goodram was arrested and jailed for eight months last year. He had robbed a petrol station and was found to have a stolen bank card on him. Watson has also been jailed before, but for 16 weeks. This was for bank card fraud. Not looking promising for the two men when they say they didn’t steal this bank card…

A third man has now come forward saying he is the actual owner of the bank card and that he should receive the £4 million. Goodram and Watson have said they had his permission to use the card, which surprisingly, he denies.

Watson though has said he is willing to do a deal with the rightful cardholder. How nice of him! Both men have also hired a barrister to try and get their money off of Camelot. They’re going to need to get this money back just to pay the barrister!

So in future, when buying a scratch card, make sure you use your own money or bank card and not someone else’s! 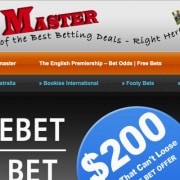 England In Danger In Cricket World Cup
Scroll to top