Anthony Joshua looks to regain his heavyweight belts next weekend as he takes on Andy Ruiz Jr in Saudi Arabia in there rematch as his first fight loss!

The two heavyweights first met back in June at Madison Square Gardens. Ruiz Jr was never meant to be fighting AJ. Initially, it was AJ vs Jarrell Miller but the American boxer failed a drugs test three weeks before the fight. This meant that Ruiz Jr has to be drafted in for the British boxers American debut.

This was always going to an interesting fight given that it was changed on such short notice. Even though both men were undefeated AJ was the heavy favourite. Some bookmakers had Ruiz Jr at odds of 25/1! This showed how routine everyone thought the fight at the MSG was going to be.

However, things didn’t quite go to plan. AJ started the fight well giving Ruiz Jr the first knockdown of his career. This though only seemed to spur him on and he went on to knock the then heavyweight champion down four times! After the fourth knockdown in just seven rounds, the referee called a halt and Ruiz Jr was the winner. No one in the boxing world was more shocked than Joshua who thought it would just be like all his other fights!

In winning the fight, Andy Ruiz Jr now had the WBA, IBF and WBO heavyweight title, the first-ever Mexican heavyweight to be a champion.

The second fight is next Saturday and is to be held in Saudi Arabia. It is at the Diriyah Arena which is a 15,000 seater stadium purpose build just for this fight.

AJ is looking to win this fight for more than one reason. Firstly to show he is the boxing giant we all thought he was and that in the first fight Ruiz got lucky. Secondly to win back the three heavyweight belts that he lost and finally to hopefully set up a mega-fight against Deontay Wilder or Tyson Fury.

Many people have had their opinions on this fight and it’s fair more evenly split than expected. Obviously Eddie Hearn is backing Paddy Powers 4/11 favourite Anthony Joshua. Interestingly Tyson Fury is backing Andy Ruiz Jr at 9/4. This could be because he actually thinks Ruiz Jr will win or he is just trying to get under AJ’s skin in any way possible.

The most likely method of victory according to Paddy Power is Anthony Joshua to knock Andy Ruiz out at 8/11. For Ruiz Jr to return the favour is 11/4, still not a massive long shot. The bookmakers are also not predicting the fight is going to go on for long, like the last one. Ruiz Jr’s most likely round to win is 4-6 at 9/1, for AJ it’s also 4-6 at 4/1.

Whoever wins this will then face much speculation of a fight against Deontay Wilder. He holds the only other heavyweight belt in the division and is now looking to fight Fury in a rematch of their own after being Ortiz last weekend.

£20 RISK FREE FIRST BET – Place a £20 sportsbook bet. If your FIRST bet is a loser Paddy Power will refund it in cash. Max refund is £20. Plus weekly free bets with Paddy’s Reward Club. Joining is easy and only takes two minutes.

New customers only. Place your FIRST bet on any sportsbook market and if it loses we will refund your stake in CASH. Max refund for this offer is £20. Only deposits made using Cards or Apple Pay will qualify for this promotion. T&Cs apply. Paddy’s Rewards Club: Get a £10 free bet when you place 5x bets of £10+. T&Cs apply. 18+ begambleaware.org. Please bet responsibly. 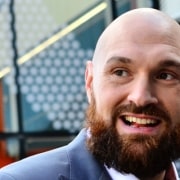