Bayern Munich kickstarted the 2021/21 season if the perfect way by beating Borussia Dortmund to win the German Super Cup.

The game was being played at the Allianz Arena, home of Bayern Munich, but no fans were to be there. Someone else who wasn’t going to be there was Jadon Sancho and rumours started circulating as to whether it’s linked with a potential move to Man United.

After winning the quadruple last season, Bayern were the favourites for this one!

Bayern got off to an early lead scoring on the 18th minute through Tolisso. It was a fantastic piece of build-up play that saw Lewandowksi through down the right-hand side. He played it into the midfielder who’s shot was saved onto the bar. The ball came back out for Tolisso to tap home.

The Champions League winners then doubled their lead through Thomas Muller. A fantastic ball in from left-back Alfonso Davies found the German at the back post who headed it in to give his side a 2-0 lead.

Dortmund responded just eight minutes later, on the 39th minute. Haaland found Brandt in space on the edge of the box and he smashed it into the upper right-hand side of the goal, giving Neuer no chance.

Just after half time, Haaland got a chance of his own. He was playing on the shoulder of the Bayern defence and found himself one on one. Haaland cooly finished it into the bottom left corner and Dortmund were back on level terms. The Norwegian should have had another four minutes later. A similar chance but this time Neuer got down to his right-hand side quick enough to deny Dortmund the lead.

With nine minutes left on the clock, it was going to take a bit of luck to break the deadlock and Bayern got just that. Kimmich played a one-two with Lewandowski and was through on goal. His shot was saved by Hitz but the ball came back out and hit Kimmich on his heel as he fell on the floor, looping over the Dortmund keeper.

This was enough to see Bayern win the game 3-2 and them retain their German Super Cup.

Going into next season, Paddy Power doesn’t see it being any different to the last. Bayern are the favourites for the league title again priced at 1/8, with Dortmund at 6/1. Given the two squads, we can’t say we disagree. Bayern have just won the Champions League and did it in a very impressive manner.

For better odds, it’s worth looking at the Betting Without Bayern Munich 2020/21 market. Here, Dortmund are leading the way at 4/6, with Leipzig priced at 3/1. Dortmund should be finishing runners up to Bayern and 4/6 is a good price for a season-long bet with other league winners in.

On top of this, you can also bet on Bayern to win multiple trophies with Paddy Power. For them to repeat last season and win both German trophies and the Champions League is 11/1. Realistically they should be doing the domestic double, which on its own is priced at 6/4, so it then all relies on the Champions League. 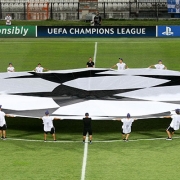 How To Play Blackjack Online
Scroll to top