The second legs of the Championship Play-Off semi-finals take place tomorrow with four teams looking to win the most financially rewarding game in football!

Now that the Championship and the Premier League are over, four teams can start looking to get promotion via the play-offs. This season’s competitors in the playoffs are Brentford (3rd), Fulham (4th), Cardiff (5th) and Swansea (6th).

The four sides that would go into the play-offs went down to the final day. West Brom, in second place, drew so Brentford had to beat 21st placed Barnsley to get automatic promotion. Unfortunately for them, they lost in the last minute, meaning it would be the playoffs.

It looked certain that Nottingham Forrest would be in the play-offs, but for a final day meltdown. Swansea was three points behind them and needed a six-goal swing in goal difference to overtake them. Forrest lost 4-1 and Swansea won 4-1 to do just that.

The first legs of the play-offs have already been played and none of the sides are out of the running yet. Its worth remembering in the play-offs, the away goal rule doesn’t count. If the two sides are drawing it will go to extra-time and then penalties.

The final takes place on Tuesday 4th August, with it set to be worth £170 million to the winning side.

The side who looked certain to get an automatic promotion with just two games to go now have it all to do at home to Swansea. No one saw this coming at all. Many thought that neither side would be in the playoffs this time last week. Swansea came away 1-0 winners in the first leg thanks to a late strike from Andre Ayew. To make matters worse Brentford had Rico Henry sent off, however it has since been rescinded.

Brentford will be confident of turning this one around and their manager has said he’s sure they will beat Swansea. Given that they have done so twice already this season, this will give them the confidence of doing it again tomorrow.

However, Brentford has now suffered three successive defeats in a row. This will put a seed of doubt in their minds and Swansea will be hoping this bad run of form continues on Wednesday night. Paddy Power has many Power Prices available for this game, one of them is Ollie Watkins & Rhian Brewster to have 1 or more shots on target each at EVS. Both of these strikers have been very good for their sides this season and will need to be on target.

The other two sides in the playoff played last night, with Scott Parkers side coming away with the bragging rights. Fulham played very well in this game creating most of the games big chances. Josh Onomah opened the scoring with worldie when he took on half the Cardiff team inside their box.

Cardiff now have it all to do and in three games now this season against Fulham, they haven’t won any. Fulham obviously won the first leg as well as beating them once in the league and drawing with them. Fulham beat them 2-0 late on in the league season, so will be confident of making it three wins over the Welsh side in less than a month.

Neil Harris’ side haven’t beaten anyone above them in the league this season and this is going to need to change when they go to Craven Cottage on Thursday night. Fulham are the current favourites to win the play-offs with Paddy Power priced at 10/11. Cardiff, on the other hand, aren’t given much of a chance and they are at 25/1. Paddy Power hasn’t put out their Power Prices yet for the game but will do tomorrow so keep a lookout for them! 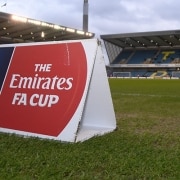 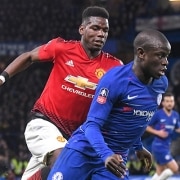