The French Open starts this weekend with the king of the clay Rafa Nadal returning and going in as the favourite, but can anyone beat him?

The third tennis grand slam of the year takes places this weekend at the Stade Roland Garros. It will be the final grand slam singles event of the year after Wimbledon was cancelled.

It marks the return of Rafa Nadal who wasn’t at the US Open as well as Djokovic’s return from his disqualification at the same competition.

The most successful player in French Open history returns to grand slam singles tennis as the favourite. He has won this competition 12 times in his career and three have come in the last three years. On top of that, the world number two holds the record for the most consecutive wins, which is five from 2010-14. Nadal got to the quarter-finals of the Australian Open but that doesn’t really matter for this one. As long as he’s at full fitness after missing the US Open and plays as well as he can on clay, then can anyone beat him?

Djokovic is currently the world number one and is only second in the odds due to Nadal’s French Open record. He has won this tournament just once in his career, back in 2016 where he beat Andy Murray. This year has been a mixed year for him. He won the Australian Open but was then disqualified from the US Open after hitting a line judge with a ball. However, if there is anyone who can beat Nadal on clay then it might just be this man.

The world number three is fresh off the back of his first-ever grand slam win after coming first in the US Open. Granted both Nadal and Djokovic were missing but he won’t mind. He has come runner up to Nadal in the last two French Open’s, showing he can play on clay. Thiem was runner up in the year’s other grand slam at the Australian Open. At 10/3 he could be the one to back as if Nadal exits then Thiem has shown he can make it to the final.

Tsitsipas is currently the world number six but hasn’t had the best of luck in the grand slam events. He has played in three French Opens and his best finish is the Fourth Round last year. Since then he has been knocked out in the third round of the Australian and US Open. However, there is a reason he is still the world number six. Tsitsipas is only 22 and is definitely one for the future. All of the events he plays will benefit him greatly and he just needs that bit of luck to go all the way. Could that start this weekend?

Another youngster in with an outside chance is Zverev who is 23. He is currently ranked as the world number seven. He came runner up at the US Open to Thiem so will go into this one looking to go one better. His best finish at the French Open is the quarter-finals. At 22/1 its an interesting bet considering he made it to the finals of the US Open. 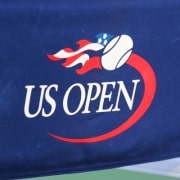 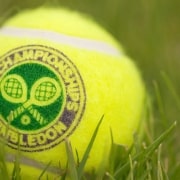