It took just two rounds for the Gypsy King to record his first win since his controversial draw with Deontay Wilder in December. Fury beat undefeated German boxer Tom Schwarz in Las Vegas on Saturday night.

This night was always going to be about Fury. This was his first fight since he had signed for ESPN and this was seen as a way of showing him off to America. He entered the ring dressed in an American flag-inspired hat and shorts, much like the one Apollo Creed wore in Rocky IV.

His opponent, Tom Schwarz, was seen by many as a nobody and this would be an easy night for Fury. Schwartz had won 24 fights prior to this one and hadn’t been beaten. He had no big names though and this was to be the first time he would fight outside of Europe.

I Live in America! 🕺🏼 pic.twitter.com/DR1ZOa1RBg

The fight started and Fury, unsurprisingly, was on the front foot straight away. Schwarz was struggling to get many shots off, especially with Fury’s quick head movement! The British boxer landed a good jab in the first round and several hooks past Schwarz’s defence.

In the second round, Fury gave the crowd a bit of showboating. Whilst on the ropes he ducked and dipped out the way of an onslaught from Schwarz before landing a left hook of his own. Fury had had enough by this point and force a knockdown out of his opponent. Schwarz got up but Fury came again, landing shot after shot. Wilder said the German was basically a human punchbag. His corner threw in the towel at this point and Fury had got a win within five minute and 54 seconds.

As the fight finished Fury ended it in true showmanship style by singing Aerosmith again as he did when he beat Klitschko in 2015. He also confirmed that a rematch between him and Wilder would be happening in the near future.

Before fighting Wilder though Fury is going to have one more fight. Madison Square Gardens in New York has been provisionally booked for the end of September/start of October. It is not known who he will be up against yet. Early reports suggest it could be Jarrell Miller who AJ was meant to fight in May.

Because of this, it means a rematch will probably be early 2020. This will be a much-awaited fight with many predicting it to eclipse the Mayweather-Pacquiao rematch. That gained 4.8 million pay per views in 2015.

After the fight Fury said, “there were three horses in this division, now there is two” referring to Anthony Joshua’s loss against Andy Ruiz Jr last month. This could mean we may not see AJ fighting either of these two soon if they don’t regard him as a big opponent anymore.

Paddy Power does have a price on the two fighting before the end of the year though. Fury goes in as the favourite after the controversial draw last time at 8/13. Wilder is no outsider though priced at 5/4. Paddy Power has the draw at 22/1, could it happen again? 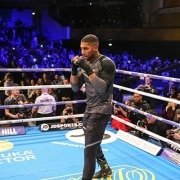