The opening day fixtures were announced on Thursday and Paddy Power have Power Prices available for some of the first games of the season!

The Premier League finished a lot later than expected this season and will start slightly later. For the first time, it will start in September and last five weeks less over the course of the year. On the opening weekend of the Premier League, there will be eight games in total. Man City and Man United will play their first games at a later date due to playing European football.

Unfortunately, there will still be no fans at these games. It is though that hopefully in October some fans can start going to the games again.

The opening weekend has some fantastic games to kick off the new campaign. The highlight of them is the current Premier League champions Liverpool taking on the Championship champions Leeds. These are two massive clubs, with this being Leeds’ first game back in the Premier League since the 2003/04 season.

Liverpool and Arsenal take on the new boys Leeds and Fulham whilst Spurs host Everton. It should be fairly plain sailing for the sides against the ex-Championship teams, but not so much for Spurs. They did beat Everton at home last season and on paper have a better squad than them. It depends on what Everton side turns up. If Ancelotti can get them up for it, it could be a tough game but on the other hand, it could also be a walk in the park for Spurs. At 7/2 its a good price and one that could all depend on the Spurs vs Everton match.

The Hammers take on Newcastle whilst Leicester are playing newly promoted West Brom. If David Moyes’ side can go on from where they left off, they can definitely start the season off with a win. They lost just one in their last seven games which included a win over Chelsea. Leicester will be glad to have had a break from football. They started off the season very well and looked nailed on for Champions League. However, injuries saw them lose a lot of points and drop out. The new season though will see the return of some key players including James Maddison and he is key to them being at their best. We’ve previously spoken about Spurs and think they can do get off to a good start. At 7/1, it’s a very interesting price and one that has every chance of coming in.

Now, this is the highest-priced Power Price at 33/1 and probably for a reason but we can’t help but think it’s a tempting price. Newcastle and Everton will go to both of their games as the underdogs, unlike Leicester. However, for Everton to beat Spurs and Newcastle to beat West Ham it’s not impossible. The first day of the season can bring about any results with teams not being fully match fit or in a good run of form. On top of this, there are no fans at the ground for the opening day, which usually act as a 12th man. At 33/1, obviously its priced at that for a reason but it would be a great way to kick off the 20/21 season if it came in! 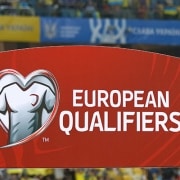