The Premier League is just over a week away and were going to look at the odds for the Golden Boot!

Next Friday marks the return of the Premier League and two out of last years three top scorers will be in action. Liverpool is taking on Norwich in the leagues first game and goals are expected. The other man to score 22 last season along with Mane and Salah was Aubameyang.

This was a fairly low season in terms of goals for a top scorer. In fact, it was the lowest since the 2010/11 season, where Tevez and Berbatov scored 20 goals each. Comparing it to the season before, 2017/18, it was also ten goals less than that year when Salah finished top again with 32.

We are going to go through the odds for this year’s top scorer on Bet365 and how we think they’ll get on this year.

The favourite for this year’s Golden Boot is the two-time winner Harry Kane. Last season he missed out on ten games in the league due to ligament injuries but still managed to get 17 goals. This was only five goals behind the Golden Boot winners which, had he played 10 more games, he could have got too.

Kane’s overall record in the Premier League is very good as well. He has 125 goals in 181 games, showing he is consistently good in the league. The Golden Boot race usually goes down to a one or two-goal difference. Kane has been back for a full pre-season whereas Salah has only returned today. With Kane going into game week one fully fit he could get a good headstart on the next favourite and be up there come May.

Salah has been in the Premier League for two seasons and both times no one has scored more than him. He has bagged 54 Premier Leauge goals in total to his name in two seasons. For a striker, this is a brilliant record, but for someone who plays out on the wing, this is world-class. Salah’s biggest goal drought last season was six games. If he could reduce that this season he could be getting closer to the 32 he got the first season.

The style of football Liverpool play will benefit Salah massively in terms of goal scoring chances. They play a high press, putting teams under pressure and forcing mistakes. Salah has shown how good he is and he will definitely be fighting for that Golden Boot at the end of the season. Liverpool takes on City this Sunday and we will see if Salah can hit the ground running after a short preseason.

Due to there being three Golden Boot winners last season Aguero was almost forgotten about. He managed to score 21 goals, just one-off from making it four winners. He also missed five games last season due to injury. Aguero has played in the Premier League for eight seasons now but has surprisingly only won the Golden Boot once.

Last season he showed his consistency as his longest drought was only three games. City will be looking to win the league for the third season in a row and Aguero can be that man to do it. If he can bring this into the 19/20 season and stay fit for the whole year then he is definitely a good bet for top scorer.

After a great first full season in the Premier League, its surprising Aubameyang is at 8/1. Abuameyang has played in some of the top leagues across Europe, and wherever he’s gone he’s scored goals. Last season he formed a fantastic partnership with Lacazette and the two combined for lots of goals.

This season Arsenal has brought in winger Pepe. He will only benefit Aubameyang in terms of goal-scoring numbers. At 8/1 Arsenals main man could be a great bet this season.

That’s just what he does 😎

Marcus Rashford – 16/1. The Man United man is looking like he is going to be their main striker this season. He has shown glimpses of how good he can be but consistency is his biggest issue. If he can bring this to his hame he has more than enough ability to win the Golden Boot.

Jamie Vardy – 20/1. Vardy is an out and out goalscorer. He got 18 last season so wasn’t far off the top. He takes penalties for Leicester and is a constant goal threat. Every season in the top league he has scored goals and this season should be no different.

Tammy Abraham – 50/1. Chelsea’s new number nine will be leading the line this season for Frank Lampard. He is back at Chelsea after scoring 26 goals for Aston Villa last season. There is no doubt that Abraham knows where the back of the net is and now Chelsea are in need of a goalscorer, can he be that man?

Paul Pogba – 66/1. Pogba finished as the top scorer for Man United last season with 13. This was a way off the 22 goal mark but he only really started scoring after Christmas. He takes Man United’s penalties which helps massively towards being the top scorer. If Solskjaer can get Pogba at his best early on could he be a 66/1 winner? 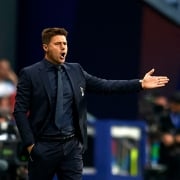 Mauricio Pochettino Replaced By The Special One 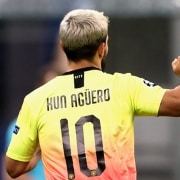 How Do Scratchcards Get Made?
Scroll to top