So much sport, so little time. At least that’s how it feels with the Premier League, the Euro 2020 qualifiers and the Rugby World Cup 2019 all running over the same few weeks. And now we’ve come to the conclusion of the Pool stages in the Rugby, it’s time to look ahead at the possible outright winners. Which team has the best chance? Do the rugby odds offer any value?

Despite two of the games getting called off due to the typhoon that hit Japan last weekend, the outcome wasn’t really affected. All the action was in Pool A. Could the Scots overcome the home nation and move forward in the competition? The answer, quite bluntly was no. An outstanding Japanese performance sent Scotland packing and the Cherry Blossoms become the first-ever Asian team to reach the quarter-finals of a Rugby World Cup.

So where do the teams go from here?

1. England V Australia – Saturday, 19th October
This is going to be an epic showdown between two rugby greats. Who can forget when they played other in the 2003 Rugby World Cup final? England was victorious on that day and followed it up by beating Australia in the Quarter-finals four years later.

The teams didn’t encounter each in 2011 but by the time 2015 rolled around, the Aussies were out for revenge. And they got it. Drawn in the same Pool, Australia beat England 33-13 and as a result, England didn’t even get out of the group. And that was on home soil!

However, a strong England team in 2019 means the bookies have them as favourites to win on Saturday. With odds of around 3/10 ON, there is no real value to be had. But if you fancy Australia, you can still back them at around 13/5.

2. New Zealand v Ireland – Saturday, 19th October
When Japan beat Ireland they more or less sealed their World Cup fate. Ireland, as Pool A runners-up were almost certainly going to be drawn against the All Blacks. And no, that is not a game any Irish fan was hoping to see unless it was the Final! But, if you want to win a World Cup then at some point, you’ll have to come up against New Zealand.

Can Ireland win? It depends on which Irish team turns up. If the flat, lifeless team that played Russia shows up then they will be going home. If however, they maintain the spark shown against Samoa then they may still be in with a chance. Bookies, however, are not so optimistic. New Zealand are the odds on favs to win the clash at 1/5 ON, with Ireland on odds of 7/2 with Betfair.

3. Wales V France – Sunday 20th October
These two teams are no strangers and have in fact been playing each other since 1908. Wales just has the edge, winning 50 other their encounters, with France on 44 wins (plus three draws) from their 97 clashes. But more importantly, Wales have won seven from their last eight meetings. And given their form so far in the competition, it looks like Wales may just have the edge.

Odds from the bookmakers favour the Welsh even if they are quite short. Betfair has them priced at 2/5 to win, as do Ladbrokes. But if you think France may cause an upset, they are available at better odds of 2/1.

4. Japan V South Africa – Sunday, 20th October
50,000 rugby fans will pack out Tokyo Stadium on Sunday, the vast majority of whom will be roaring on the host nation, Japan. With four wins from four games so far, there is very little the Japanese are doing wrong. South Africa lost to the All Blacks at the beginning of the tournament and haven’t been tested since.

The bookies may favour SA over Japan, but I think odds of 9/2 for a Japanese win offer much better value. I really do think Japan can win and progress to the Semi-finals so my money is on them, especially if Kenki Fukuoka is still on form! 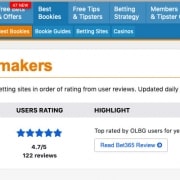