After eight months off, the Six Nations is finally set to return with Ireland playing Italy on October 24th!

Like all sports all over the world, the Six Nations came to a halt in February. With only one round of fixtures remaining plus Ireland and Italy need to play, many wondered whether it would just be cancelled altogether.

Plans were put in place though to ensure that the 2020 Six Nations would be finished and we would have a winner. Thankfully, like European football, this will happen, starting on October 24th. Ireland will host Italy at the Aviva Stadium, but there will be no fans present.

The remaining fixtures will take place the week after starting on October 31st. England travel to Italy, Wales host Scotland and Ireland take on France in Paris.

As it currently stands, England are the favourites but four nations can still win, with Italy and Wales mathematically unable to do so. This year’s competition has been a huge disappointment for Wales. Last year then won the Six Nations which included The Grand Slam as well. They will though be looking to finish this year’s competition on a high.

So with just one game to go for most, what does each side need to do to win the 2020 Six Nations?

England are priced at 1/4 with BoyleSports, to finally win the Six Nations after three years. They take on Italy in the final game, which is the best team for them to play. As they are on level points with France, it is likely they are going to need a bonus point to secure victory. Against Italy, this is very achievable as they aren’t the best and have finished bottom for the last four years. As long as England match or better the points won by Frane and keep a larger points difference, they will win the 2020 Six Nations.

France host Ireland in what will be a much tougher game than Englands. Ireland are a good side and have only been beaten by England in this year’s competition. They are still in with a slight chance of winning so will be going to Paris looking for a victory. France though have pulled off some fantastic performances this year, including a win over Wales and England. At 14/1 they need to beat Ireland and need England to lose or get a bonus point and England to not.

Scotland face Wales in the final game and will take confidence from their win over France in the previous fixture. They have done well in this years Six Nations, better than they would have expected. They are priced at 100/1 to win so need a lot of the results to go their way. Firstly, they need to beat Wales in which last years winners will be favourites. They then also need France and England to both lose. France could well get beat but England will be the tricky one against Italy.

Even though they are in fourth place and four points behind, they are the second favourites. If they win their game in hand against Italy and get a bonus point, they could end up overtaking everyone and going top. This means it would go down to the final day. For Ireland to win, they basically need to win both their games and get a bonus point in each. If they do this it come then even come down to points difference, which would make the final games very exciting. Ireland are priced at 10/3 and will no doubt drop should they beat Italy. 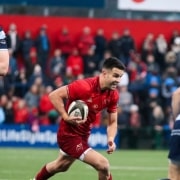