England Women’s World Cup campaign came to an end last night as the USA came out 2-1 winners. They still have one more game to play with a third-place play-off this Saturday against the loser of Holland vs Sweden.

The Lionesses were going for their first World Cup final ever and England’s first major final since 1966! The USA was trying to make it to their third final in a row. By doing so they would have made a World Cup record by reaching three finals in a row.

The USA were the favourites going into the World Cup but England were confident of causing an upset after a good quarter-final against Norway. Support for the women’s national team has grown massively over the tournament. In each stage of the competition, the viewing figures have broken records, with last nights match being viewed by 11.7 million people in the UK!

The current World Cup champions got off to a great start. They were the much better team in the first ten minutes with England looking very nervous. The USA made this good start count with Press scoring in the tenth minute. A cross to the back post was headed in to end England’s great run of not conceding.

Conceding early on though seemed to settle England and they only trailed for ten minutes. Top scorer in the whole competition Ellen White added her sixth of the summer. A pacy low cross from the left-hand side and White guided the ball into the top corner.

Unfortunately though for England they couldn’t keep the USA at bay. Alex Morgan joined White as the tournaments, joint top scorer, when she scored in the 31st minute. A ball in from the left that was flicked on for the USA’s second header.

Half time came and Neville made some changes. One of which saw Nikita Parris moved back out to the right after playing in the middle of the pitch.

England grew into the second half and created some good chances. They thought they had equalised through Ellen White again when she scored after being one on one. Unfortunately for her and the England team, VAR disallowed the goal after she was half a boot offside!

The Lionesses then had another great chance to equalise when White was brought down in the box. VAR awarded a penalty and up stepped the captain Steph Houghton. England and Parris had already missed two penalties at this tournament. Houghton stepped up a missed the penalty with the keeper diving the right way. It was a disappointing penalty, one she never really got hold of.

To make matters worse for England their other centreback Millie Bright was sent off moments later for a second booking. The game was stretched now and it looked like England had ran out of energy and chances.

The full-time whistle went and Englands women were visibly upset on the pitch.

The USA are now heavy favourites to win the Women’s World Cup. They are 1/4 on Bet365 to make it their fourth World Cup final win. They will face either Sweden or Holland who plays in Wednesday nights semi-final.

Bet365 have Holland as the 11/8 favourites with Sweden priced at 2/1. The USA has been asked questions in this World Cup and has come up with the answers every time. I’d expect them to make it four World Cup wins this Sunday. 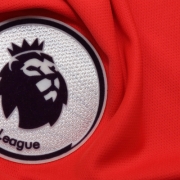 Super Frank Back At Chelsea
Scroll to top